Sometimes the very best something comes out of doing ALMOST nothing

I recently saw the movie Christopher Robin…it was FANTASTIC!

If you haven't seen it yet here's a snapshot: Christopher Robin is all grown up, living in London with his wife and daughter, breaking his back at a thankless job, and has all but forgotten his most treasured childhood friends from the Hundred Acre Wood. Then one day lovable old Pooh bear shows up unexpectedly in the big city to help Christopher rediscover joy and the true meaning of life.

When I was a kid I treasured the original A. A. Milne four book series more than all my other books combined…not only did I read them cover to cover over and over again, I owned an entire set of classic Pooh stuffed animals which resided on my bed till I was almost 10 years old…my stuffed Eeyore's tail was even re-attached at one point by my Grandmother with a hand-sewn button and over the next few years I occasionally (temporarily) lost the grumpy old guy's caudal appendage.

But as much as I loved Pooh back then, I really didn't get it that Pooh was more like a cleverly disguised Zen Master than simply a child's innocent plaything. And one of the aspects of Pooh's personality the new film highlights with laser pointer precision is how completely PRESENT the silly old bear always is. Consider one of my favorite Pooh lines from the film (which I'm pretty sure was lifted right out of The House at Pooh Corner) "Today is my favorite day. Yesterday, when it was tomorrow, was too much day for me.”

I guess it should be no surprise that “The Tao of Pooh” written in 2012 by Benjamin Hoff, was an instant bestseller…through clever pairings of classic Pooh-isms with quotes and info from/re Confucius, Buddah, and Lao-Tzu, Hoff adroitly shows how the placid bear consistently (and unknowingly) upholds the basic tenets of the Chinese philosophy.

But I digress…back to what I really got from the movie. At one point Christopher Robin says "let's do absolutely nothing today" and Pooh chimes in with "sometimes the very best something comes out of doing nothing" at which point, of course (and I'm sure most of you can practically here this one coming), I started thinking about T'ai Chi Chih.

"But what's the connection" (some of you who still don't know me very well may be wondering)?

So here's where Winnie-the-Pooh's wisdom and T'ai Chi Chih overlap like a Venn diagram: T'ai Chi Chih is almost the only human activity whose benefits increase exponentially as the practitioner uses increasingly LESS effort.

Now I know that may seem (or just read) a bit confusing so let me explain it a different way. You've heard the phrase less is more, right? Well with T'ai Chi Chih even less is even more!

Yes, VERY cool!!! That's why T’ai Chi Chih (which is often referred to as the effort of no effort) is also often considered the PERFECT COMPLIMENT to any typical healthy goal, especially a high quality exercise routine because culturally we tend to err on the side of exercising too hard and generally undervalue the importance of adequate rest.

But all that being said, let's not lose sight of the forest for the trees (sorry, I couldn't resist!) Take a moment to think about what I consider to be a far more compelling argument for EVERYBODY, EVERYWHERE learning and practicing T'ai Chi Chih on a regular basis. I'm sure we can all agree that never before in the course of human history has there been a group of people more dedicated to the goal of continuously striving to work smarter than the good 'ole USA. Indeed, each one of us is trained almost from birth to work harder and faster with every passing day. There's only so many hours in the day, however, so in order to work smarter, multitasking has basically become a national pastime and our ability to do so efficiently is rewarded with an ever-increasing amount of hardware and software to aid in that endeavor. What's worse, multitasking BY DEFINITION requires one to NOT attend too closely to any single thing, therefore it's simply impossible to be fully present to ANYTHING while multitasking. I think we can also probably all agree that culturally we're far more committed to NOT being 100% present at any time than anything else.

Bearing all this in mind (HA…see what I did there?!), if you’ve ever tried (or in other words, worked hard) to meditate but was frustrated to the point of tears (or at least till you simply gave up), you are not alone…being able to sit still while becoming fully present to any one particular thing (breathing, etc) is almost MORE crazymaking for most people than simply not bothering to meditate at all!

And I bet many of you remember that I actually walked into a T’ai Chi Chih class BY MISTAKE about 9 years ago and subsequently fell in love with it…becoming Accredited to teach this gentle yet powerful evidence-based MOVING mindfulness technique is not only a distinction that sets me apart from my peers in the Health & Fitness world but has cranked my physical and mental health up to all-time highs.

Although it bears (teehee…I did it again!) a visual similarity to T’ai Chi Ch’uan (the martial art) and is also derived from Qigong (the father of all energy medicine), most people don’t realize that T’ai Chi Chih is the only T'ai Chi practice that literally ANYONE can do! I've taught folks who were wheelchair bound, had cognitive issues, seriously impaired balance, completely non-functioning knees, even 5 & 6 year old children. And best of all, 15-30 minutes of daily practice is all most people need…in my experience T'ai Chi Chih is clearly the most user-friendly, accessible method of ﻿improving not just your health but the way you "show up" during each individual moment of the day. And of course I know T'ai Chi Chih isn't the only way to meditate…it is, however, possibly THE EASIEST way to meditate so don't you agree these are all great reasons to call T'ai Chi Chih the very best mindfulness practice of all?

You really should consider attending one of my T’ai Chi Chih classes…think of it this way: what have you got to lose? Seriously, can you think of any other activity in which the primary goal is to work less yet enjoy everything more?

If you still have a lingering question or two about T'ai Chi Chih, however, click here to watch a couple of short videos and all will become clear. Then click here for all the info you'll need to sign up (but hurry…classes are beginning soon and space is extremely limited in one of my three locations!) 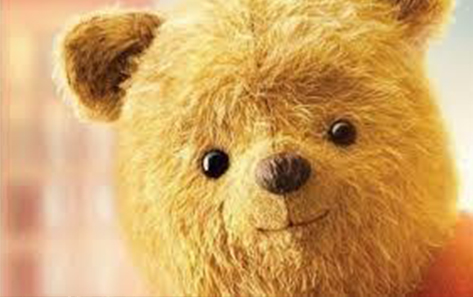