Many of you may be surprised to hear that last Friday I stood in line to buy a ticket and watched "Justice League" (don't waste your money BTW...even the amazing Gal Gadot couldn't save a plot even more blundering than Ben Affleck limping around in his long Bat underwear.)

Which brings me to the reason I went out of my way to attend the film on opening day: Wonder Woman, one of the only superheros I've adored most of my life (I was in High School when Lynda Carter's version hit the scene and in public I agreed with all my friends that the show was really cheesy....secretly, however, I still thought Wonder Woman was SERIOUSLY cool!!!)

When I was in my early forties I began practicing Tang Soo Do karate along with my daughter. In 2008 when I was still only a Cho Dan Bo (a Junior Black Belt, so to speak) I even took first place in a national karate championship and it was the second biggest rush of my entire life (the first being the birth of my daughter but that's a whole other blog.)

I absolutely LOVED karate and continued practicing until a hip injury in 2011 made it clear to me I was becoming a bit obsessed. In hindsight, I realize now that what really got my motor running about karate was that it made me feel like Wonder Woman: fierce, bold, and limitless.

But at the risk of sounding a bit woo woo, I want you to know that through my work as a Lifestyle Coach I've come to realize each one of us has a limitless superhero hanging around somewhere deep inside.

Now I can practically hear some of you saying "where the heck is she going with this?!" so I promise to land the plane soon...just hang in there OK?

The following theory isn't just my humble opinion...several schools of thought agree that perhaps the only thing holding us back from our own limitlessness is our experience of feeling limited. And what generally causes us to feel limited? Most of the time it's fear of something that hasn't happened yet: when we're afraid of failure, for instance, we hold ourselves back.

But here's the thing: you'd have to agree it makes absolutely no sense to live life reacting to a future which may or may not even occur, right?

Now I'm sure you've heard me talk about the health benefits of T'ai Chi Chih countless times. But regardless of whether or not you believe all the clinical studies linking regular T'ai Chi Chih practice to improvements in LOTS of really nasty chronic conditions, you'd have to be deliberately putting your head in the sand if you didn't agree that regular meditative practice (of any kind, actually) undoubtedly helps the practitioner stay in the moment.

And that, my friends, is the key to stress reduction and maybe even that feeling of limitlessness because when you're fully present (rather than projecting into a future which may or may not occur), there's literally nothing to be afraid of so no need to react.

And if you're curious to learn more about this amazing ANTI-martial art, even though I’m just now finishing up my last classes of the year you won't have to wait long...January '18 classes are being organized even as we speak and info will be available soon. So sign up and learn how easy it can be to turn on your own superheroic ability to handle stress by being fully present (which may have more to do with creating superheroic health and happiness than anything else, right? BONUS!!!) 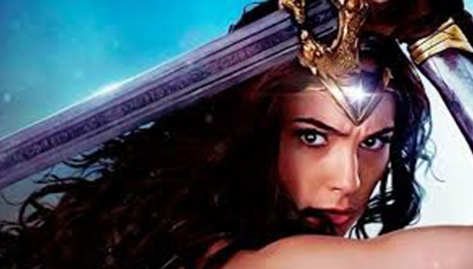