If this question leaves you feeling confused you’re not alone…these days there’s so much downright conflicting information out there (even from sources we’ve always been told we should trust) it’s almost impossible to separate fads from facts. And to give you an example of what I’m talking about, let's take a moment to focus on one of the staples of the Mediterranean diet: grains, or more specifically bread.

Since most people know what I do for a living I can't tell you how often I'm asked (even in casual conversation) whether or not I think healthy diets should include bread! My short answer to that question is always ”Sometimes."

But rather than spending too much time quoting chapter and verse from a few controlled clinical trials (which I’m sure are WAAAAAAY more interesting to me than any of you) I'll ask you to consider two questions instead:

IMHO the answers to both those question is “undeniably NO!"

Here’s the thing: most of the bread and other bread-like products most people buy at any big box grocery store these days (think crackers, cookies, Tastykakes, etc) are so over-processed and filled with so many empty calories, they’re simply flying under the radar disguised as food. So why is it that we often hear nutritional "experts" vouching for the important role of bread on the dinner plate? Well, as I often say, you can probably follow the money to that particular answer.

For instance, did you know that the National Association of Wheat Growers is located in Washington, DC not all that far from the USDA? True! And NAWG is not only HUGE, it’s a POWERFUL lobbying organization which has effectively played a hand in setting public policy for over 60 years. And I'm not even going to touch the subjects of GMO's and how all the big food manufacturers now have R&D departments cooking up all kinds of chemical tastes and smells plus ingredients that would simply never exist in nature (there's enough material in just those two issues alone for a whole SERIES of blogs!) But if all that's not conspiracy-theoryish enough for you I’ll also remind you of something we all already know from our own personal experience: the more one eats bread (and bread-like products), the more one craves bread so when Oprah tweeted in January 2016 about her longtime obsession with bread (which went viral BTW) I thought to myself "she’s certainly not alone"…there certainly is a lot of money riding on this country continuing its longstanding love affair with bread!

Are you starting to see where I'm going with all this yet? But I’ll step out of the pulpit now and tell you a little more about my own personal relationship with bread.

Although I don’t have Celiac Disease (also known as “Sprue” and which is what most nutritional “experts” typically say is the only criteria for going gluten-free), after feeling pretty crappy for several years while my post-menopausal thyroid function plummeted, finally about two years ago I was diagnosed with Hashimoto's Thyroiditis. And you might be curious to know it was actually Dr Tamara Blossic, the AWESOME Functional Medicine practitioner for whom I work part-time, who put two and two together…up till then the closest anybody had come to figuring out what the heck was going on with me was an allopathic (in other words, very standard and by-the-book) primary care physician who noted my thyroid appeared to be slowing down. (FYI I was only a patient of that MD for a couple of years primarily because she was never able to say or do anything that helped me feel better AT ALL. And why she didn’t even bother to test for Hashimoto's I'll never know because it's incredibly common! Did you know that possibly 95% of all those diagnosed with hypothyroidism actually have Hashimoto's? Perhaps my former PCP simply didn't know anything about the condition…most western doctors don't. But again that's a whole other blog and I digress.)

Anyway the point I’m trying to make is that for people with Hashimoto's (plus LOTS of other common yet major health concerns) the Paleo Diet is considered not only therapeutic but very sustainable! So for me (and LOTS of other people) a diet which includes bread is NOT a good idea.

And you might also be curious to know I actually gave up ALL GRAINS about 7 years ago, long before I knew something was brewing with my thyroid. I’d been dealing with IBS plus problems with weight control, hypoglycemia, depression, acid reflux, and edema (especially in my legs) for most of my life so when I attended a comprehensive Paleo workshop taught by none other than Melissa and Dallas Hartwig (the “Whole 30” INNOVATORS) where they presented literally GOBS of research proving the relationship between eating grain-filled foods and all my symptoms (plus about 70 more major conditions and diseases) I decided to give Paleo a try. Long story short, I felt so much better so fast after “going Paleo” I’ve literally never looked back!

Now I’m guessing some of you are probably wondering if I ever miss bread? Well, truthfully, sometimes I do. Good news, though: since I generally avoid grains altogether, if I REALLY feel like having just a bit of high quality bread every now and again it's not that big a deal! (And of course I typically don't feel all that great the next day but then that helps me stay mindful of how much better I always feel when I’m 100% on the Paleo wagon.) Plus there are lots of ancient, whole, unprocessed grains which are much easier on most people’s digestive tracts than even a slice of sprouted grain bread (which is generally considered a best-bet bread FOR ANYBODY regardless of health concerns!)

But this blog wasn't initially intended to be all about the myriad of health benefits connected to following a Paleo Diet. Rather my main purpose today is to let you know I'll be addressing tons of conflicting (and sometimes downright INACCURATE) info floating around out there today about the most popular "healthy diets" at my upcoming A Taste of Whole Food Nutrition workshop.

Wondering if this workshop is for you? Then let me just say that if you can answer YES to the following question you really should be there:

Do you have any health concerns which seem to be related to what you eat but but no matter how hard you try you still just can’t figure out exactly what food really works for your body?

As I always say though, eating should be a no-brainer, not brain surgery…if you’re tired of counting calories, grams, carbs, or macros (or of just wondering what the heck to eat), this class will cut right through the unnecessary complexity so you can get down to business improving your health and your weight (plus possibly even your sleep, your energy level, and your entire relationship with food.)

A Taste of Whole Food Nutrition is always a fun, creative, and DELICIOUS experience and participants can expect to walk away knowing all of the following:

plus a whole lot more (and BTW the cooking demonstration during the second class can’t be beat!) So don’t delay…click here to register by October 30th (SEATING IS LIMITED!) And for now I'll leave you with some great info (including yummy recipes!) on Kale from the Juice Plus company.

Wait…you're not familiar with that INNOVATIVE company which recently celebrated 25 years of GROUNDBREAKING research on a completely unparalleled product line? (Then just click here for more general info or, even more importantly, info on how to order either the supplements or the Tower Garden.)

Truthfully until a couple of years ago I wasn't a big fan of Kale…I've been eating it for much longer than that, though, simply because copious amounts of veggies (ESPECIALLY the dark green leafy varieties) are the ONLY food group no one can be healthy without (SPOILER ALERT: I'll be talking about this subject A LOT at the workshop!) Sticking to a healthy habit has nothing to do with willpower, however, it's simply a matter of figuring out which habits make you feel better when you stick to them than when you don't. So consider these recipes my gift to you…I absolutely LOVE them all and I bet you will too ☺

Oh and don't forget that Kale is currently listed on the Dirty Dozen (wait, you're not familiar with that either? This is just one more reason why you really should sign up for A Taste of Whole Food Nutrition.…we'll definitely be talking about the Dirty Dozen plus lots more important tips to ensure your plate is always filled with only the healthiest of whole food, no matter what dietary trend you chose to follow! In the meantime, however, you might also enjoy this original blog I published last year.)

Kale is a nutritional powerhouse — rich in vitamins A and C micronutrients, calcium, potassium, and flavor. Multiple varieties of kale lend themselves well to different recipes. Supermarkets tend to stock Curly Kale; other varieties include Red Russian Kale and Lacinato Kale (a.k.a. Black, Dinosaur, or Tuscan Kale). Here are a few recipes to get you started:

Kale Chips from the food network's healthy eats (this recipe is way quicker and easier than you might imagine!)

Sweet Potato Chickpea Bowl from the Juice Plus+ company 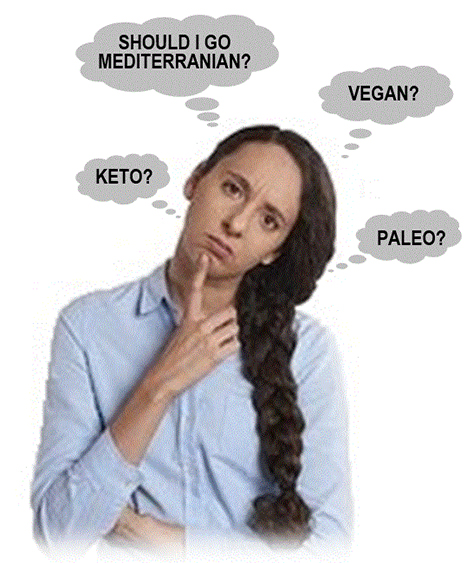